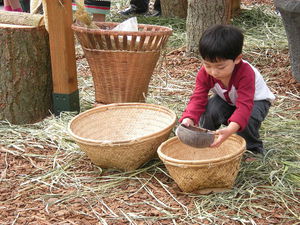 Spatial ability refers to skill in perceiving the visual world, transforming and modifying initial perceptions, and mentally recreating spatial aspects of one's visual experience without the relevant stimuli. Several categories of spatial abilities may be distinguished. Spatial orientation is the ability to keep track of objects or locations in space even after a rotation or movement to a new location; spatial perception involves determining spatial relationships with respect to gravity or one's own body in spite of distracting information; and spatial manipulation involves the ability to mentally rotate two- or three-dimensional figures rapidly and accurately.

Spatial abilities develop, in part, when children manipulate and explore objects and environments. In general, there tends to be a strong relationship between how well one performs on verbal tasks and non-verbal tasks. However, some people are more skillful in one area than another, and some researchers argue for recognizing and valuing people's strengths with different abilities.