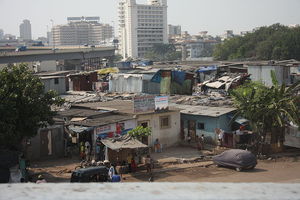 One of every five children in the United States lives in a family with income below the official poverty level, despite general agreement that this poverty threshold ($14,630 in 2001 for a family of three) is out of date and too low when considering current housing costs and other family expenditures (e.g., child care, health care). Arloc Sherman of the Children's Defense Fund reports that one in three children in this country will experience at least one year of poverty before they reach age sixteen. Minority children are disproportionately represented, especially among those who experience persistent poverty. As summarized by Suniya Luthar of Columbia University, one in four African-American children experiences ten to fifteen years of poverty; this is a rare phenomenon for Anglo children.

When addressing the incidence of childhood poverty, it is also important to consider what Daniel Hernandez of the National Academy of Sciences and Institute of Medicine defines as relative poverty. This is the minimum income required to purchase those items that society considers essential to decent and respectable living, the minimum level required to avoid the stigma of living in inhumane conditions. Hernandez defined relative poverty as 50 percent of the median income for a given year, adjusted for family size. Given this definition, about one in three children in the United States lives in relative poverty.