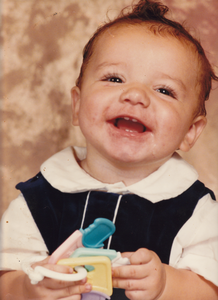 Infancy, the period between birth and eighteen to twenty-four months, has fascinated parents, philosophers, and developmental scientists perhaps more than any other period of the lifespan. The study of infants allows us to understand the origins of physical and psychological life. Furthermore, during no other period of life are physical and psychological changes more pervasive and rapid than in infancy.

Around the turn of the twentieth century, William James, an influential philosopher, psychologist, and parent, remarked that the world of the infant is a "blooming, buzzing, confusion." Throughout the twentieth century, researchers devised ingenious methods to study the infant and found that James severely underestimated the infant. We know now that infants' capacities are quite sophisticated in several domains, including perception, cognition, and emotion. Furthermore, infants' capacities in these domains and others continue to develop in infancy and beyond. Below are summaries of some of the key findings that scientists have uncovered about infants in several domains. The boundaries between these domains are somewhat artificial and arbitrary, but they nevertheless allow for an orderly arrangement of some of what is known about the human infant.