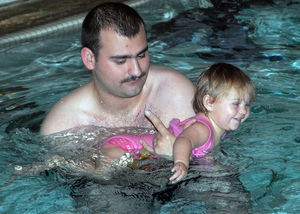 Parent-child relationships do not occur in a vacuum, and the context in which the relationships develop are likely to affect the nature of the relationships. Such factors as birth order, financial and emotional stress, social support, gender of the parent, infant temperament, and parent personality may influence qualities of the parent-child relationships and the impact of that relationship on the child's development. Marc Bornstein, in Handbook of Parenting, noted that mothers of first-borns engage with, respond to, stimulate, talk to, and express positive affection for their babies more than mothers of later-borns, even when there are no differences in first- and later-born behavior. Other researchers have found that financial and emotional stresses negatively affect the well being of parents and adversely affect their attentiveness and sensitivity to their children. Bornstein found that mothers who are supported emotionally by their husbands or other adults are less restrictive and punitive with their infants than are mothers without good social support. Mothers and fathers may provide different kinds of relationships and experiences for their children. Ross Parke suggested in his book Fatherhood that the relationships boys have with their fathers or available male figures may be particularly associated with the boys' competence with their peers. Infant temperament clearly influences adults. Having a baby who is easily soothed leads mothers to perceive themselves as more competent parents. Parental personality and functioning also has been found to be important in predicting parent-child relationships. Levels of parent psychopathology are related to qualities of the parent-child relationship and the child's adjustment. The interactions between depressed mothers and their infants are characterized by less positive and more negative emotions, less infant vocalization, and more passivity on the part of the infant.