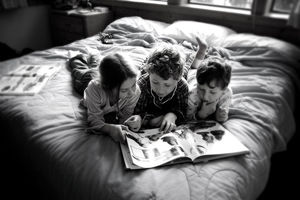 When a researcher decides to study children, the task usually begins by choosing a topic or behavior to study and then focusing on a basic method that will allow the information to be gathered in the most efficient and effective manner. Researchers of child development have a variety of research methods from which to choose. These methods differ in important ways. For example, in a case study, the research tends to not intrude very much into the lives of the subjects of the study, and experimental control is not a major concern of the researcher. Conversely, in an experimental or quasi-experimental study, the research is typically more intrusive, and the researchers desire a certain amount of experimental control. Understanding the strengths and weaknesses of each method plays an important role in deciding which one to use in a particular study.

One of the first tasks of the child development researcher is to decide on a basic method by which to collect information. Scientific inquiries generally fall into two broad categories: those conducted using qualitative methods and those conducted using quantitative methods. As the word "qualitative" implies, qualitative methods employ nonnumeric designs and attempt to study phenomena inductively, as a process, and in the place in which the phenomena occur. Conversely, the quantitative approach attempts to measure phenomena numerically and make conclusions deductively and with respect to outcomes or products. Both approaches are well represented in the study of children.