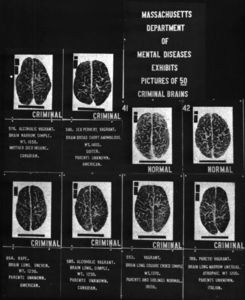 As illustrated so far, most psychology researchers are in agreement that heredity and environment both play significant roles in the development of various human traits. Researchers may disagree, however, on the extent to which heredity and environment contribute to the development of a particular dimension, and on how various factors may affect each other to create a certain human characteristic. Neither heritability estimates nor concordance rates provide useful information on the latter type of disagreement: how various hereditary and environmental factors interact with each other to result in a particular characteristic. Mental health, education, and applied psychology researchers are especially concerned about optimizing the developmental outcomes among people from all backgrounds. To this end, knowing that there is a .86 heritability estimate for IQ scores among identical twins, for example, is not particularly helpful in terms of establishing ways of maximizing the life choices and opportunities for individuals. In attaining such goals, it is crucial to understand how various factors relate to each other. Naturally, in order to do so, one must first identify which factors are involved in the development of a given trait. Unfortunately, researchers have had very limited success in identifying specific genetic patterns that influence particular psychological and behavioral characteristics.

Nevertheless, this is not to suggest that one should ignore the role of heredity as reflected in heritability estimates altogether and focus on optimizing the environmental factors for every child. Heredity, as has been examined, undoubtedly contributes to the development of various human traits. Also, researchers exploring environmental influences have found that contrary to what most theorists expected, environmental factors that are shared by reared-together twins do not appear to be relevant in explaining the development of particular traits. It is therefore unlikely that exposing every child to a "one size fits all" environment designed to foster a particular trait, would benefit everyone equally. Some may react favorably to such an environment, while others may not react to it at all; there may be yet others who react negatively to the same environment. The notion of "range of reaction" helps us conceptualize the complex relationship between heredity and environment; people with varying genetically influenced predispositions respond differently to environments. As suggested by Douglas Wahlsten in a 1994 article in Canadian Psychology, an identical environment can elicit different reactions in different individuals, due to variations in their genetic predispositions. In a hypothetical scenario, Wahlsten suggested that increasing intellectual stimulation should help increase cognitive performances of some children. Moderate, rather than high, levels of intellectual stimulation may, however, induce optimal cognitive performances in others. By contrast, the same moderate levels of stimulation may actually cause some children to display cognitive performances that are even worse than how they performed in a minimally stimulating environment. In addition, the "optimal" or "minimal" performance levels may be different for various individuals, depending on their genetic makeup and other factors in their lives. This example illustrates the individual differences in ranges of reaction; there is no "recipe" for creating environments that facilitate the development of particular characteristics in everyone. Heredity via environment, rather than heredity versus environment, therefore, may better characterize this perspective.

These views are consistent with the 1990s' backlash against the view that was prevalent in the mid- to late twentieth century among many clinical psychologists, social workers, and educators, who focused solely on environmental factors while discounting the contributions of hereditary factors. Among the theories they advocated were that gay males decidedly come from families with domineering mothers and no prominent masculine figures, that poor academic performances result from lack of intellectual stimulation in early childhood, and that autism stems from poor parenting practices. Not surprisingly, empirical data do not support these theories. Still, people often continue to believe, to some extent, that proper environments can prevent and "cure" these non-normative characteristics, not realizing that heredity may play significant roles in the development of these traits.

Some scholars believe that this "radical environ-mentalist" view found its popularity in the 1950s as a reaction to racist Nazi thinking, which held that some groups of individuals are genetically inferior to others and that the undesirable traits they are perceived to possess cannot be prevented or modified. These assumptions are harmful, as they limit the opportunities for advancement of some people, strictly because of their membership in a stigmatized group. It is nevertheless important to reiterate that individual differences, as opposed to group differences, in genetic predispositions are evident in the development of most emotional, behavioral, and cognitive traits. With this in mind, it is also important to realize that focusing on optimizing environmental influences while ignoring hereditary influences may lead to the neglect of the developmental needs of some individuals, and it may be just as harmful in some cases as focusing exclusively on hereditary influences.