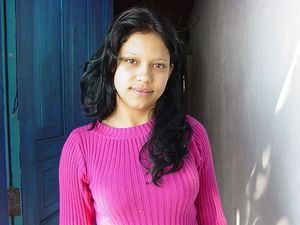 Many people imagine an adolescent as being a gangly, awkward, and troublesome individual. Researchers shared this view until quite recently. This period of life (generally considered to run from age ten to age twenty-five) was seen as a time of "storm and stress." But what is adolescent development really like? Clearly it is a time of great change on many levels. Probably most dramatic are the biological changes associated with puberty. These changes include dramatic shifts in the shape of the body, increases in hormones, and changes in brain architecture. These biological shifts are directly linked to changes in sexual interest, cognitive capacities, and physical capacities. There are also major social changes associated with the school-linked transitions and with changes in the roles adolescents are expected to play by all those around them. Finally, there are major psychological changes linked to increasing social and cognitive maturity. In fact, very few developmental periods are characterized by so many changes at so many different levels. With rapid change comes a heightened potential for both positive and negative outcomes. And, although most individuals pass through this developmental period without excessively high levels of "storm and stress, " a substantial number of individuals do experience some difficulties.

Adolescence is also a time when individuals make many choices and engage in a wide range of behaviors likely to influence the rest of their lives. For example, adolescents pick which high school courses to take, which after-school activities to participate in, and which peer groups to join. They begin to make future educational and occupational plans and to implement these plans through secondary school course work and out-of-school vocational and volunteer activity choices. Finally, some experiment with quite problematic behaviors such as drug and alcohol consumption and unprotected sexual intercourse. Most of these youth do not suffer long-term consequences for this experimentation, although a few do. Understanding what distinguishes between these two groups is one of the key research issues related to development during adolescence.

Adolescence is accompanied by an increasing ability to think abstractly, consider the hypothetical as well as the real, engage in more sophisticated and elaborate information processing strategies, consider multiple dimensions of a problem at once, and reflect on one's self and on complicated problems. There is also a steady increase in learning strategies, in knowledge of a variety of different topics and subject areas, in the ability to apply knowledge to new learning situations, and in the awareness of one's strengths and weaknesses as a learner. With practice these new cognitive skills can help adolescents become more efficient, sophisticated learners, ready to cope with relatively advanced topics in many different subject areas.

These kinds of cognitive changes also affect individuals' self-concepts, thoughts about their future, and understanding of others. Many theorists have suggested that the adolescent years are a time of change in children's self-concepts, as they consider what possibilities are available to them and try to come to a deeper understanding of themselves in the social and cultural contexts in which they live. In a culture that stresses personal choice in life planning, these concerns and interests also set the stage for personal and social identity formation focused on life planning issues such as those linked to educational, occupational, recreational, and marital choices. Finally, as adolescents become more interested in understanding the psychological characteristics of others, friendships become based more on perceived similarities in these characteristics.

There are also major social changes associated with adolescence. Since these vary more across cultures than the biological and cognitive changes just discussed, the following social changes are common in Western industrialized countries.

Probably the most controversial changes during adolescence are those linked to peer relationships. One major change in this arena is the general increase in peer focus and involvement in peer-related social sports, and other extracurricular activities. Many adolescents attach great importance to the activities they do with their peers—substantially more importance than they attach to academic activities and to activities with family members. Further, early adolescents' confidence in their physical appearance and social acceptance is a more important predictor of self-esteem than confidence in their cognitive/academic competence.

In part because of the importance of social acceptance during adolescence, friendship networks during this period often are organized into relatively rigid cliques that differ in social status within school and community settings. The existence of these cliques reflects adolescents' need to establish a sense During adolescence, many young people attach greater importance to the activities and opinions of their peers than those of family members. of identity; belonging to a group is one way to solve the problem of "who I am." Also, in part because of the importance of social acceptance, children's conformity to their peers peaks during early adolescence. Much has been written about how this peer conformity creates problems for adolescents, and about how "good" children are often corrupted by the negative influences of peers, particularly by adolescent gangs. More often than not, however, adolescents agree more with their parents' views on "major" issues such as morality, politics, religion, and the importance of education. Peers have more influence on such things as dress and clothing styles, music, and activity choice. In addition, adolescents tend to socialize with peers who hold similar views as their parents on the major issues listed above.

Although the extent of actual disruption in parent-adolescent relations is not as great as one might expect given stereotypes about this period of life. There is little question that parent-child relations do change during adolescence. As adolescents become physically mature they often seek more independence and autonomy and may begin to question family rules and roles, leading to conflicts particularly around such issues as dress and appearance, chores, and dating. Despite these conflicts over day-to-day issues, parents and adolescents agree more than they disagree regarding core values linked to education, politics, and spirituality. Nonetheless, parents and adolescents do interact with each other less frequently than they did in middle childhood. Some researchers have argued that this distancing in parent-adolescent relations has great functional value for adolescents, in that it fosters their individuation from their parents, allows them to try more things on their own, and develops their own competencies and confidence in their abilities. But it is important to bear in mind that, in most families, this distancing takes place in the context of continuing close emotional relationships. And in many cultural groups, adolescents play an increasingly central role in family life and family maintenance.

Evidence from a variety of sources supports this hypothesis. Both of these school transitions usually involve the following types of contextual changes: (1) a shift from a smaller school to a larger school; (2) a shift to a more bureaucratic social system; (3) a shift to a more controlling social system; (4) a shift to a more heterogeneous social system; (5) a shift to a social context with less personal contact with adults and less opportunity to be engaged in school activities and responsible school roles; (6) a shift to a more rigid, socially comparative grading system; and (7) a shift to a more lock-step curriculum tracking system. Along with these changes, evidence from more micro-classroom-based studies suggests that the teachers in junior and senior high school feel less able to teach all of their students the more challenging academic material and are more likely to use exclusionary and harsh discipline strategies that can effectively drive low achieving and problematic students away from school. Work in a variety of areas has documented the impact on motivation of such changes in classroom and school environments.

Buchanan, Christy, Jacquelynne Eccles, and Jill Becker. "Are Adolescents the Victims of Raging Hormones? Evidence for Activational Effects of Hormones on Moods and Behaviors at Adolescence." Psychological Bulletin 111 (1992):62-107.

Wigfield, Allan, Jacquelynne Eccles, and Paul Pintrich. "Development between the Ages of Eleven and Twenty-Five." In David Berliner and Robert Calfee eds., The Handbook of Educational Psychology. New York: Macmillan, 1996.